At the Westerville, Ohio law office of Gary J. Gottfried Co., LPA, our attorneys practice exclusively in the area of divorce and family law, including division of marital property, child custody and visitation, child support, spousal support / alimony, paternity actions, adoptions, and premarital agreements. We have special experience in the area of international divorce, parental kidnapping, and international child abduction. 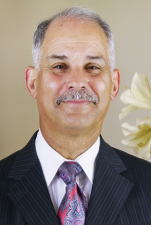 Gary is certified as a Family Law Specialist by the Ohio State Bar Association. He graduated from Marietta College in 1970 with a Bachelor of Arts degree in History and Political Science. He then entered Capital University Law School and graduated in 1973 with a Juris Doctor degree.

Gary is the co-author of a chapter on International Family Law in Sowald & Morgenstern 2 Volume Series on Domestic Relations Law. He is certified as a Family Law Specialist by The Ohio State Bar Association. Gary is a Fellow of The American Academy of Matrimonial Lawyers (Ohio Chapter), and a Fellow of The International Academy of Matrimonial Lawyers (United States Chapter). He has been named an "Ohio Super Lawyer" every year since 2005 and one of Ohio's Top 100 Lawyers.


Get Directions On Google Maps